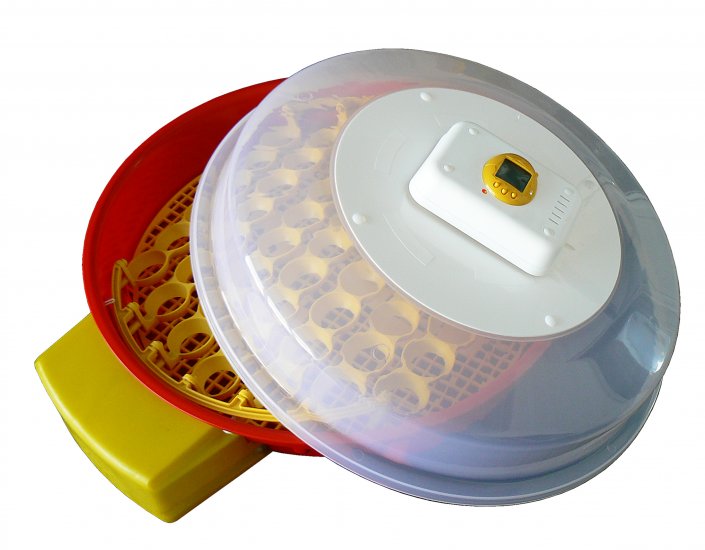 The results are in on the first full run through the Greatlander Offspring.

Of 20 fertile eggs, collected from breeders out of breeding season (who were not on a breeder ration) resulted in a 80% hatch. We have 16 chicks from 20 fertile eggs. No assistance was given at all during this hatch.

That is a good result for any incubator. 80% is the target with eggs with high hatchability. I couldn't vouch for the quality of these eggs. They could have been a bit ordinary given the off-season collection and the regular feed.
Of the four that died, two pipped then didn't get any further, one failed to pip and one had died earlier in incubation. I think it's impossible to determine what exactly caused those deaths under these circumstances. It could have been egg quality.

Overall, I think the incubator has to be given a tick for performance. I know it's only one run, but it wasn't given the best quality eggs to work with and still managed an 80% hatch rate. During that time we've broken a few rules such as overlapping hatches and opening the lid etc. That's the reality of what's going to happen when it's in use so I think it's better to just do it and find out how touchy the unit is. This one seems fine. Perhaps I would recommend giving eggs a light spray if the unit gets opened at hatch time again. I think that would be worthwhile given that we lost two after pipping.
Cathy Newton